Posted by Drew Allen on June 15 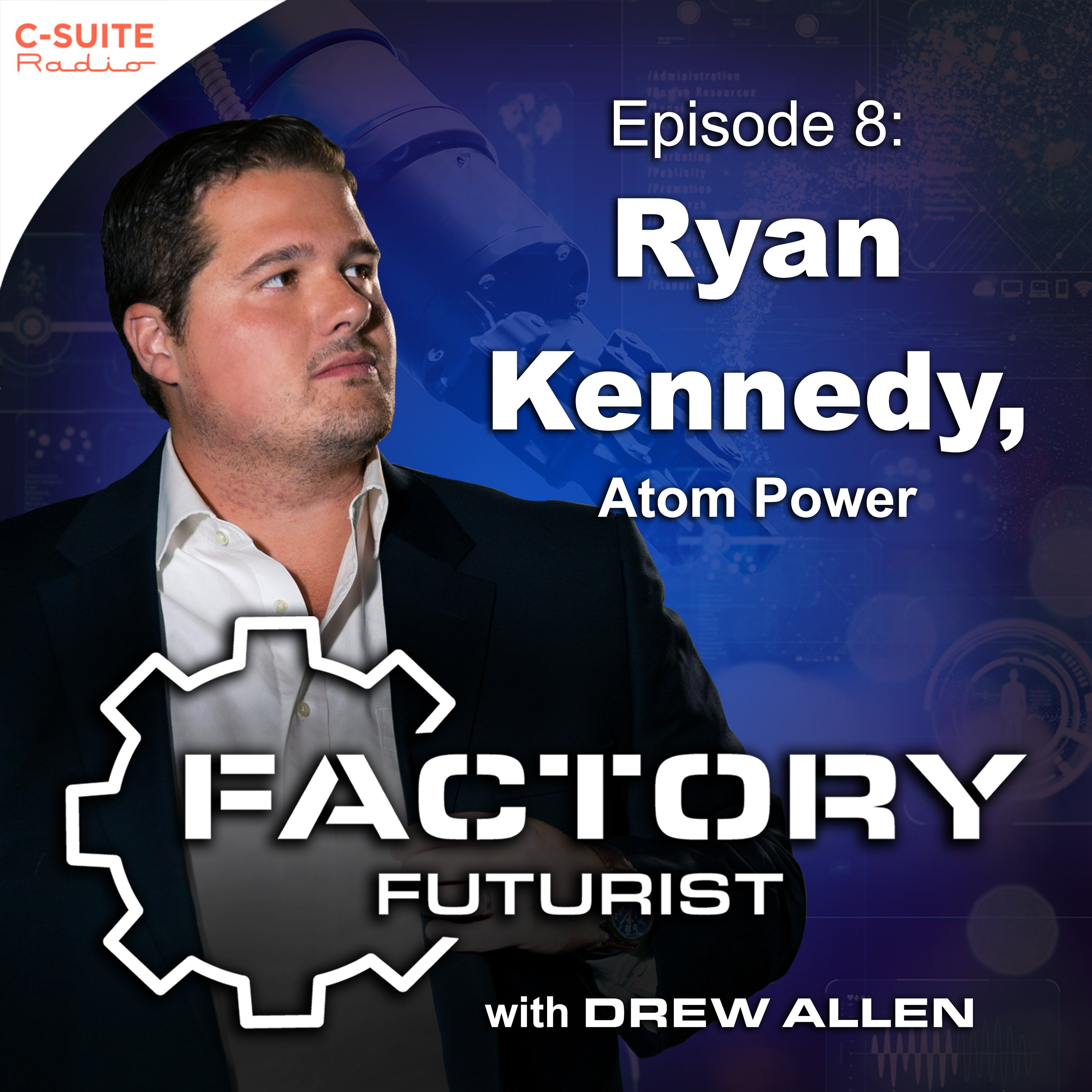 Welcome to the Factory Futurist Podcast where we profile the thought leaders, technologies and companies revolutionizing high-tech manufacturing. We learn from the best about how they sustain high performance leadership in technology, their personal lives, and their companies. Subscribe on your favorite platform by clicking the icons on the right. Thank you for listening!

Technology is always improving and requires a great deal of creativity and patience. Ryan Kennedy, CEO of Atom Power, discusses his success and explains the challenges of developing new technology. His journey has proven to have quite the learning curve as his company explored new and uncharted territory with innovations in electrical safety. Drew and Ryan explore that and more in this compelling episode that covers a wide range of topics from improving technology to health, wellness, and hobbies to keep your creative juices flowing.

“Developing new technology is tough because you think there’s going to be that eureka moment, and if you don’t get it, you think you’re never going get there. But the reality is there’s not one.” –Ryan Kennedy

For over 24-years, Ryan has been involved in very large, high profile commercial electrical projects. Some of those years he spent as an electrician, some were as an engineer, and some were as a project manager. Now, Atom Power has taken those experiences to create revolutionary new power distribution products that make the world a better place.

Atom Power has created an end-to-end solid-state power distribution ecosystem to make commercial power safer, visible and controllable. Our enabling technology is our patented Atom Switch, the fastest and most intelligent circuit breaker in the world. The revolution in power distribution is here. For decades, power distribution equipment and circuit breakers have been mechanical in nature, static, dangerous, and behind the scenes. However, all of the power in which we depend so much on flows through antiquated systems such as these.

Atom Power has leapfrogged beyond this approach and has brought power systems up to the same standard that we hold everything else to in our lives. With digitally controlled, purely solid-state circuit breakers and distribution equipment, you can enjoy a dynamic, intelligent power system that is intuitive, easy, and safer; all with the tap of a finger.