Posted by Nick Schiltz on January 2 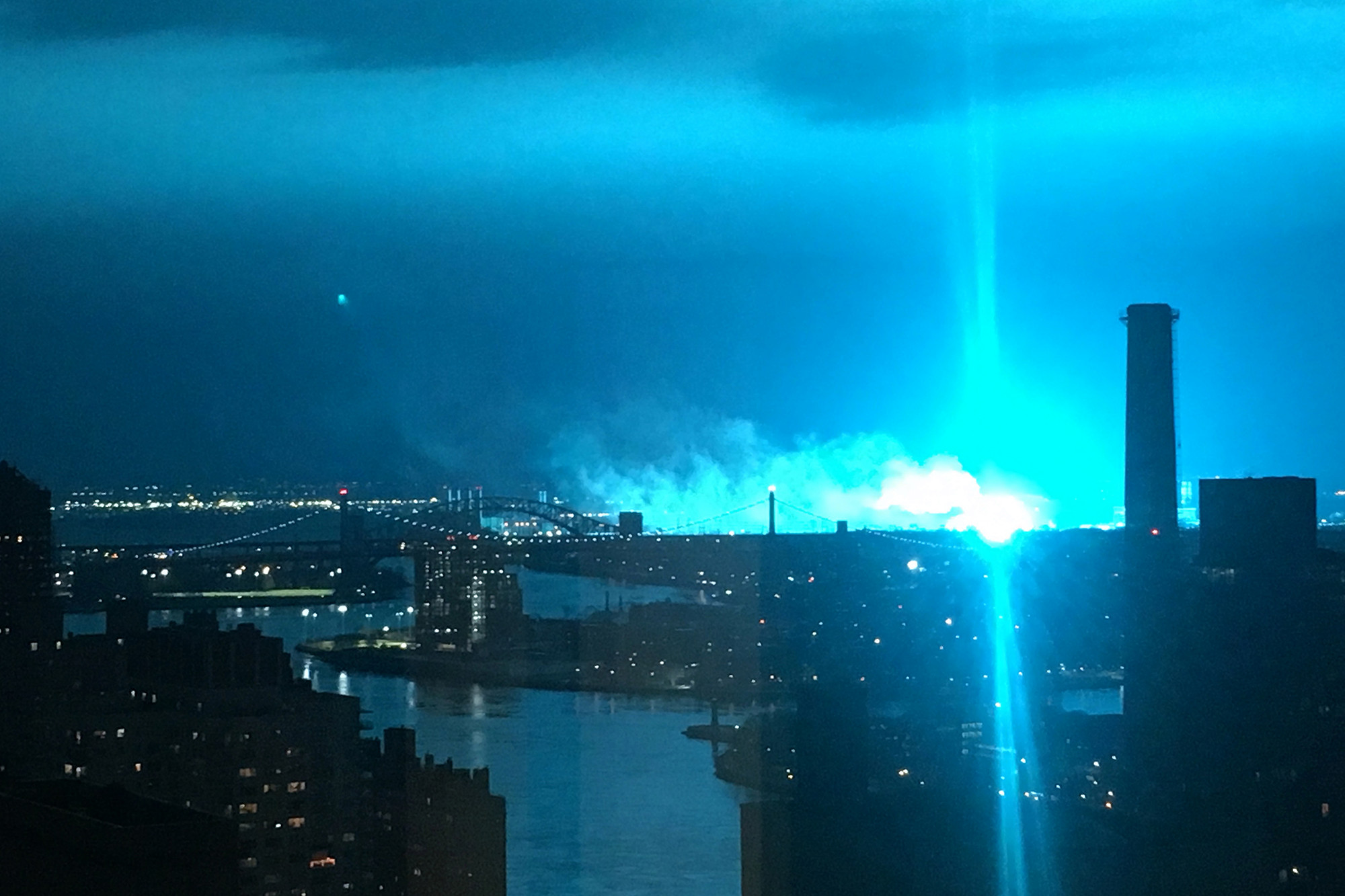 Happy New Year, everybody! Fireworks and the Times Square Ball Drop weren't the only things that lit up the night sky in New York City this holiday season. Last week, perhaps the most massive arc flash occurrence in history illuminated a dark evening with a pulsating blue glow that turned the night as bright as day.

Reportedly (and astonishingly), there were no injuries as a fire at a Con Ed electrical substation caused transformers to explode, sending electricity arcing through the air.

The NYPD was quick to address the elephant in the room by issuing the following response via Twitter: "ADVISORY: The lights you have seen throughout the city appear to have been from a transformer explosion at a Con Ed facility in Queens. The fire is under control, will update as more info becomes available."

As droves of conspiracy theorists flooded the internet with every assumption from Thor, the Norse God of Thunder, being in New York City to an alien invasion, the NYPD followed up in response: "Confirming incident in Astoria was result of transformer explosion. No injuries, no fire, no evidence of extraterrestrial activity."


Apparently it had to be said... You can read about how this could have happened on Popular Mechanics and check out some of the footage captured by New Yorkers below:

Have a great week and a Happy New Year!