Posted by Nick Schiltz on October 12 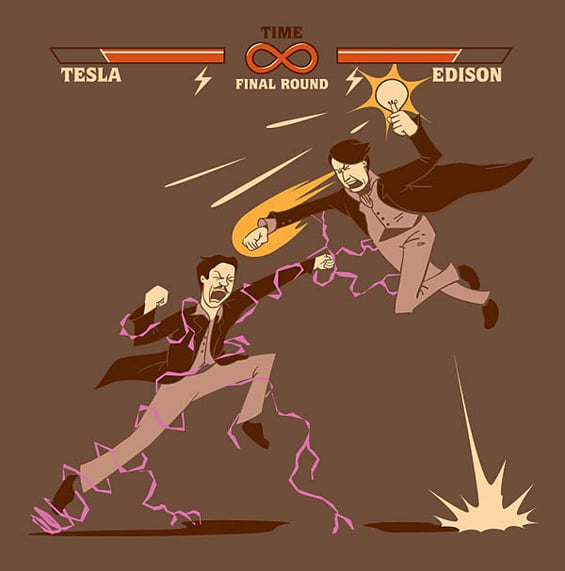 Last week, we left off with What Goes Around and Edison's karma that led Tesla to building his own electric company. So I hope the cliffhanger has kept you on the edge of your seat as we find out what comes back around when long time Edison rival, George Westinghouse, checked into the ball game.

Comes Around: In the end, AC won out. Mostly. Westinghouse fulfilled Tesla’s dream of building a power plant at Niagara Falls to power New York City, and built upon its principles the same system of local power grids we use today. Edison’s original point about the practicality of DC is well taken, however, the average person can’t have alternating currents flooding massive amounts of energy into their household appliances, so most plug-in devices must internally convert AC back to DC (for my non-electrical engineer friends: that’s what’s going on inside the brick of your laptop cord). That conversion wastes a lot of energy (think of all the heat coming from the brick of your laptop cord). Major studies are beginning to examine ways in which AC and DC power can work together with modern energy-harnessing technology to run our overall grid more efficiently.

"If he had a needle to find in a haystack he would not stop to reason where it was most likely to be, but would proceed at once, with the feverish diligence of a bee, to examine straw after straw until he found the object of his search...I was almost a sorry witness of such doings, knowing that a little theory and calculation would have saved him ninety per cent of his labor."
—Nikola Tesla, New York Times, October 19, 1931

These two titans of currents and their works are the result of when an unstoppable force meets an immovable object. Their legacies live impact our lives every single day. At Grace, we stand on the shoulders of these giants by making the power they harnessed safer to work on and use in our day-to-day lives. Feel free to share your favorite influential historic figures with us!

Guys, thank you so much for reading and sharing this story on what I believe is one of the most important in our industry's history. Keep an eye out for the movie adaptation of my story on War of Currents (they obviously had to modify their movie title to avoid copyright infringement; however I'm willing to set aside legal action for the sake of good storytelling). As always, hit the giveaway button below for a chance to win Grace prizes!

In the spirit of the election, we took a popular opinion poll on fluorescent, incandescent, and LED lighting. Here's how it turned out: 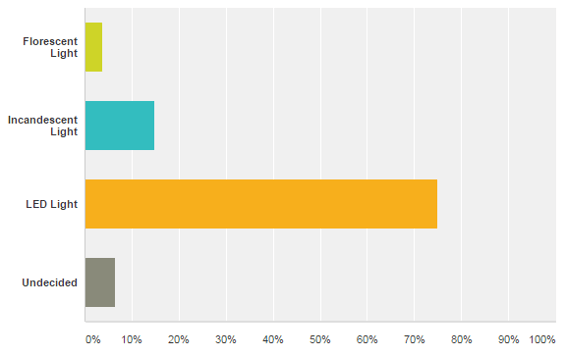