Posted by Nick Schiltz on January 27 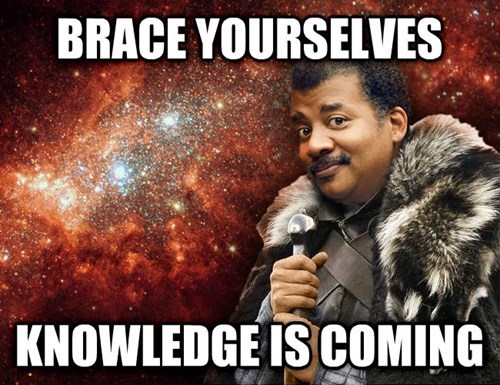 "Duude — to be clear: Being five centuries regressed in your reasoning doesn’t mean we all can’t still like your music" tweeted astrophysicist and personal hero Neil deGrasse Tyson to rapper and high school dropout Bobby Ray Simmons, Jr. (better known by his stage name, B.o.B). The rapper, who has amassed quite the following of believers (and thankfully, even more non-believers) on social media, launched a series of tweets claiming his theory on the conspiracy of a flat Earth.

Tyson has assumed a social responsibility in fact-checking for just about anything from Spider-Man to Star Wars. He has recognized his fame and uses it for the benefit of mankind and in defense of the knowledge we have ascertained. He also recognizes people with fame have the ability to distort that knowledge and regress the steps we have taken forward as a culture.

So what if the rapper is right? For peace of mind, here are 8 reasons we know the Earth isn't flat, and please share them with anybody you know who follows this guy on Twitter! We don't want this to become an epidemic...

UPDATE: The debate has actually fostered a real-life rap battle of "diss tracks" between the flat Earth theorist, B.o.B, and the astrophysicist's nephew, Stephen Tyson. If you have brain cells to spare, check it out.

Speaking of talking some sense into people, let's talk sense on safety standards. Standards and codes have grown so large that many small manufacturers don't follow them. Most are just unaware that the standards exist or apply to them. Likewise, for industrial electrical controls, everyone has to follow electrical standards intended for commercial facility wiring or follow standards written to protect workers based on older components.

This week, a somewhat famous rapper made 50+ tweets worth of claims that the Earth is flat. I think somebody's having a mid-career crisis! Thankfully, defender of all things science Neil deGrasse Tyson stepped up and shut it down and people are actually learning and talking about science! By the way, did I mention said rapper is releasing a new album this week? I'm sure the publicity is unrelated...

Have a Great Week!