Posted by Nick Schiltz on February 6

Did you enjoy Super Bowl LIII? If not, hopefully you had good food and company during the event that many are describing as lackluster and uneventful. True, it was trending to be the lowest scored Super Bowl in history for awhile there until that halftime show got everybody energized...

The only reason I'm joking is because I'm not a big Maroon 5 fan and I honestly couldn't tell you if it was good or not because I was literally in a house full of children who discovered what a drum set is for the first time. Trust me, my halftime show was not much better. I also needed a pun to segue into this next story about an energized squirrel, which takes place close to our home in Davenport.

I know sarcasm and puns are considered the lowest forms of comedy, but I love a good pun. With that said, I'm going to try to get through this story without using nearly as many as the Des Moines Register did (I count six) in their article of the case entitled, Iowa Supreme Court Upholds Ruling in Squirrelly Insurance Case.

Even the district court couldn't resist in their summary of the case which the judge describes as, "the squirrel found itself in a rather shocking  situation when it came into contact simultaneously with a cable clamp energized at 7200 volts and the grounded steel frame which supported the cable attached to the clamp."

The city claims the insurance company should cover the damages left in the wake of a squirrel's untimely demise, however, the insurance has an arc flash exclusion in its contract. An electrical arc was generated when the squirrel completed the circuit, as described by the judge above. If you're familiar with what an arc flash is but unfamiliar with how it occurs, consider this example using the squirrel as the conductive path, published in the court documents:

In a story that probably would not have been written by Beatrix Potter, a squirrel climbed onto an outdoor electrical transformer at West Liberty's power plant. While still touching a grounded steel frame that supported an electrical cable, the squirrel came into contact with a bare cable clamp energized with 7200 volts of electricity. This contact created a conductive path between the high voltage clamp and the grounded frame. Once this path was established, the air between the energized and grounded surfaces became ionized and arcing resulted. The squirrel was killed, but more significantly the arcing caused severe damage to West Liberty's transformer and other electrical equipment.

This is why we make electrical safety products; well, to save human lives, not squirrel lives. Sadly, the squirrel did not develop superpowers, even though everything superhero origin stories tells us would suggest otherwise. But what he did leave behind was a long-fought court case with the city's insurance company and $213,524.76 in damages. RIP Squirrel.

"West Liberty argued the damage should be covered because it was caused by the squirrel, but the courts held the arc caused the damage." -The Des Moines Register. Just another reason you may want to prevent arc flashes ;) 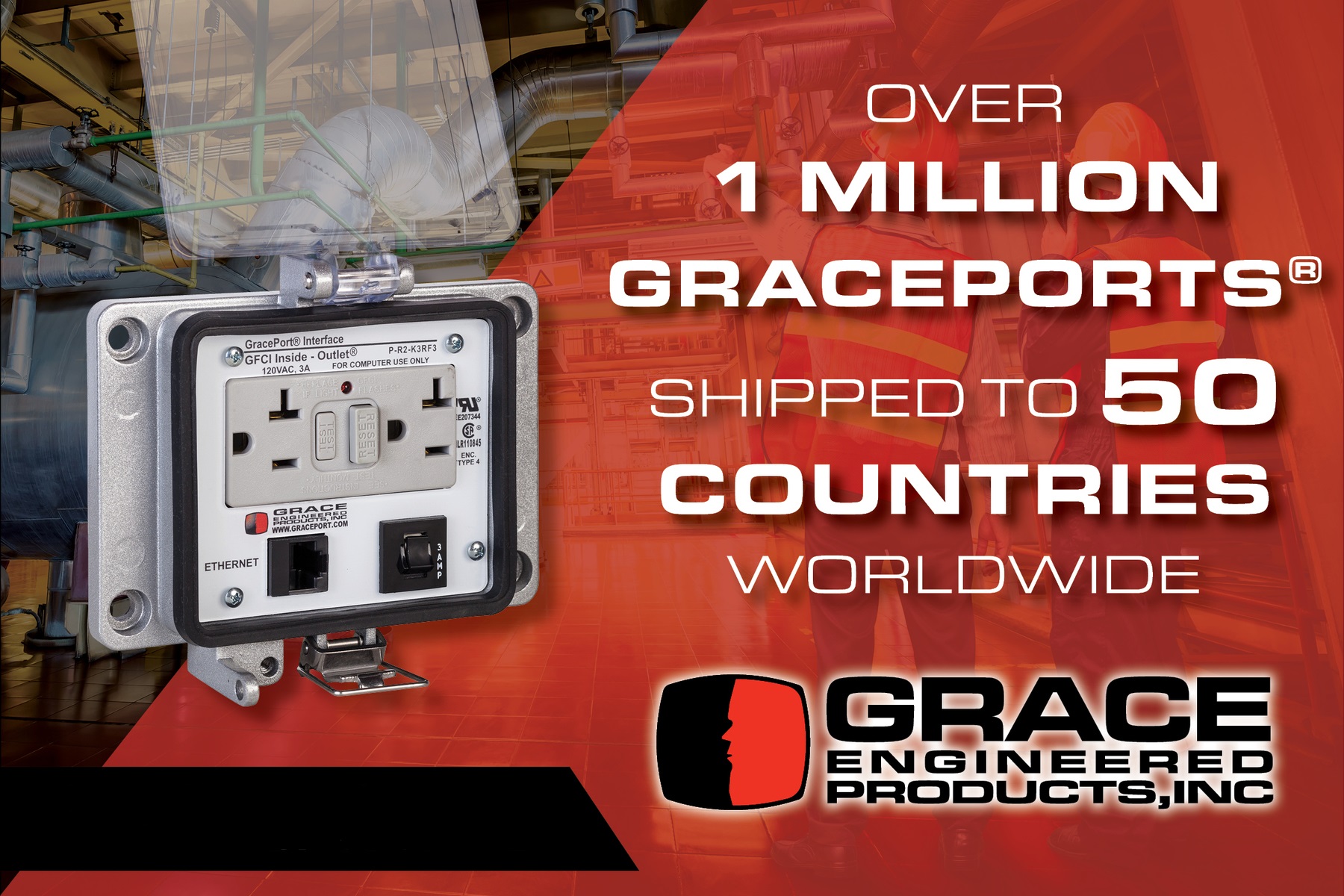 Want to read a happier story? Discover the origin of the GracePort® panel interface connector made by Phil Allen over 20 years ago in our Knowledge Base. Check back weekly if you're interested in the more technical side of what we do here at Grace. It's like the HUMPDAY blog, but less fun; more informative. Wow, that really sold it...

Tell us what you'd like to learn about Grace! We'd love to eventually have as many questions answered as possible. You can email me your suggestions by responding to the HUMPDAY email.

Hit the button below to enter the weekly Grace Giveaway Raffle